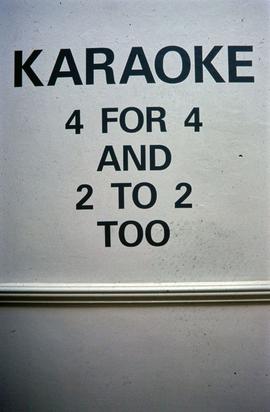 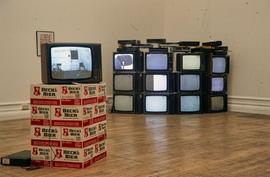 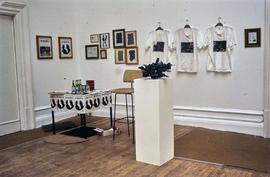 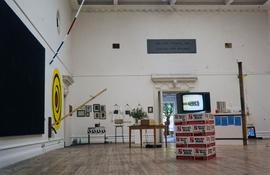 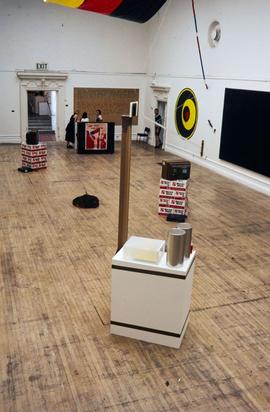 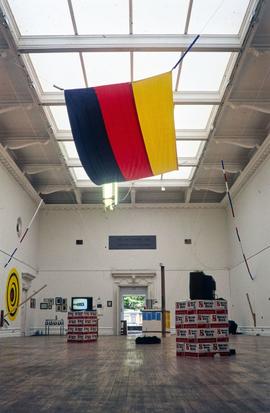 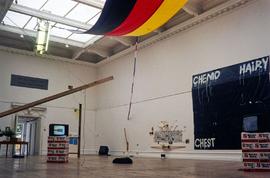 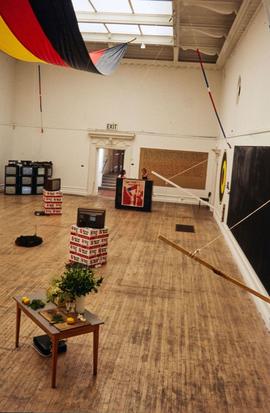 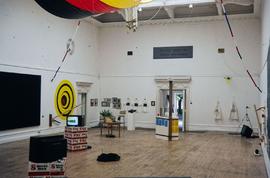 Installation photographs of the group exhibition Karaoke: 4 for 4 and 2 to 2 too which was held at the South London Gallery from 11 July to 20 August 1995, curated by Georg Herold. It included works by Biefer & Zgraggen, Urs Fischer, Franz Wanner, David Allen, Roddy Buchanan, Jacqueline Donachie, Douglas Gordon, (e.) Twin Gabriel, Liebscher - Lehanka, Max Mohr, Angela Bulloch, Mat Collishaw, Abigail Lane, Georgina Starr. Karaoke: 4 for 4 and 2 to 2 too was a continuation of an other one which took place at the Portikus Gallery in Frankfurt the year before called Karaoke World Cup Football.
Karaoke: 4 for 4 and 2 to 2 too distinguishes itself from standard exhibitions by 1) not having a central theme 2) having to create and assemble the exhibition within seven days 3) The artists came to London and created the exhibition between themselves, overseen by Georg Herold, one of the artists pioneer of conceptual art in Germany.